Whats going on with the flag?

There will be two referendums. If you were to ask the question, “Do you want to change the flag”, the first question would be, ” What too?”.

By picking one of the five flag alternatives before hand, New Zealanders will know what the alternative flag looks like before they decide on their preferred flag. Then the main question will be asked,  “Do you want to change the flag?”

You’ll be asked to rank the five flag alternatives selected by the Panel. Rather than picking one favourite, you’ll be ranking the flag options from your most preferred to your least preferred.

You’ll be asked to choose between the current New Zealand Flag and the preferred alternative design selected in the first referendum.

If New Zealand votes for a new flag, within 6 months of the change it will be flown on days of national commemoration and on government buildings as detailed in the Flags, Emblems and Names Protection Act 1981.  Outside of these rules, New Zealanders will continue to fly the flag of their choice (including the current or previous flags).

Why change to a new flag?

The reign of 113 year old New Zealand flag (1902) may be heavily associated with ANZAC Day and how a small country grew from bush land to one of the safest, greenest country’s in the world.

The current flag may represent  the memories of 20th Century life and growing up in New Zealand, but the next 100 years will be worlds away with what our early settlers had first seen when they came to this country.

Maybe the next 100 years can be represented by a new flag, that will hold future memories of our achievements and signify the start of a new chapter for this young country.

Whatever New Zealand decides in the second referendum, our current flag will remain an important symbol of our history.

The flag of South Africa was adopted as a result of the South African 1994 general election as part of a condition of Nelson Mandela’s release in 1990. The previous flag may to some represent growing up as proud Afrikaans but to others a symbol it’s a symbol of apartheid.

Replacing it may have felt to give the sense that a new chapter had begun for South Africa and their Rainbow Nation vision.

I took a walk around Pukekohe to see if I could spot some flags flying high. 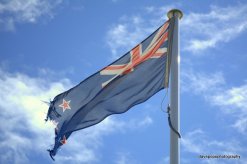 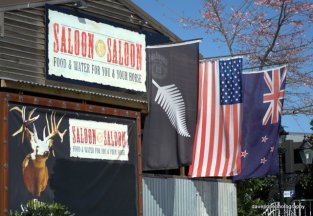 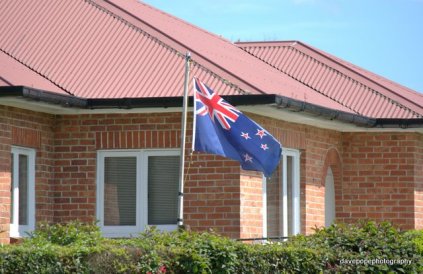 2 thoughts on “The Flags of Pukekohe”

A nonprofit local info website for the district of Franklin, New Zealand.